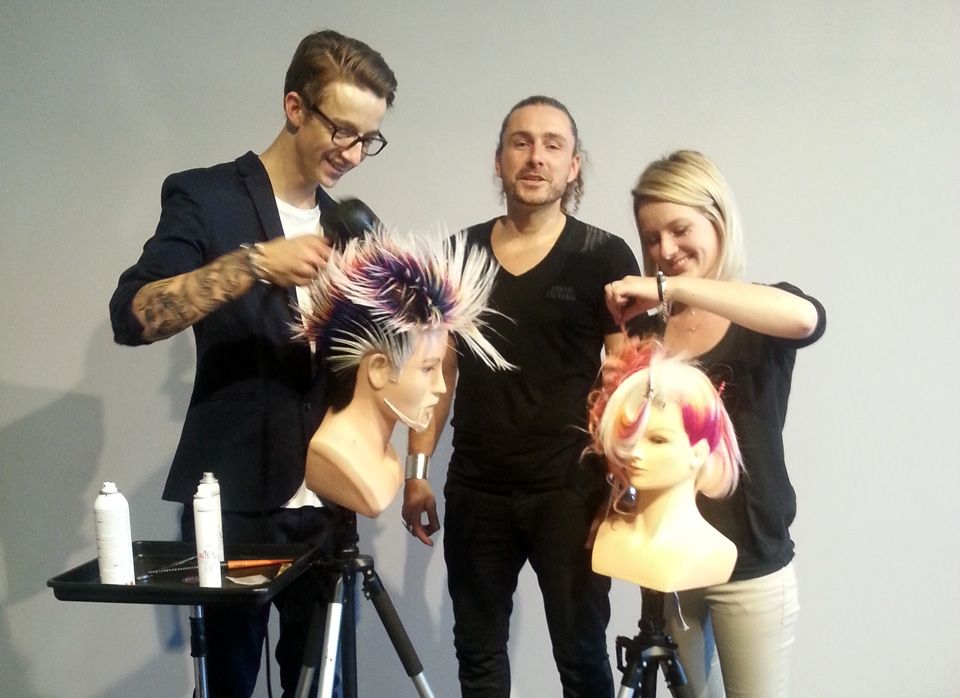 The young hairdressers – aestheticians at the Nantes Apprentices Training Center in Saint-Herblain are asking for more!
At the initiative of Raphaël Perrier, the members of Equipe de France are going to the different training institutions to present their work, share their enthusiasm… and call for new vocations. In February 2014 for the 2nd edition, the amphitheater was full just like on September 11! After showing the report broadcasted by French TV Channel M6 about Equipe de France at the World Championship in Frankfurt (also on this website), Raphaël Perrier made himself available for questions and answers. “Maxime Redon and former CFA apprentice Océane Poullain, who is currently training with Equipe de France to prepare the Skills, made presentations that were much photographed”, says Séverine Bezanson, Director of the CFA. “The same night the interested young stylists assisted in a training session of our CFA’s competition team”. Booster effect guaranteed!